More than 8,000 trees are being planted across the South Downs this winter after the Trees for the Downs campaign smashed its fundraising target.

And now, thanks to a grant of £75,000 from South East Water, Trees for the Downs will be able to continue for the next five years with the aim of planting tens of thousands more trees.

The inspiring campaign launched during National Tree Week last November and has so far raised over £65,000 from generous donations from the public and donors. The initiative was launched by the South Downs National Park Trust to restore trees that have been lost over the past few decades, including those to Ash Dieback and Dutch Elm Disease. 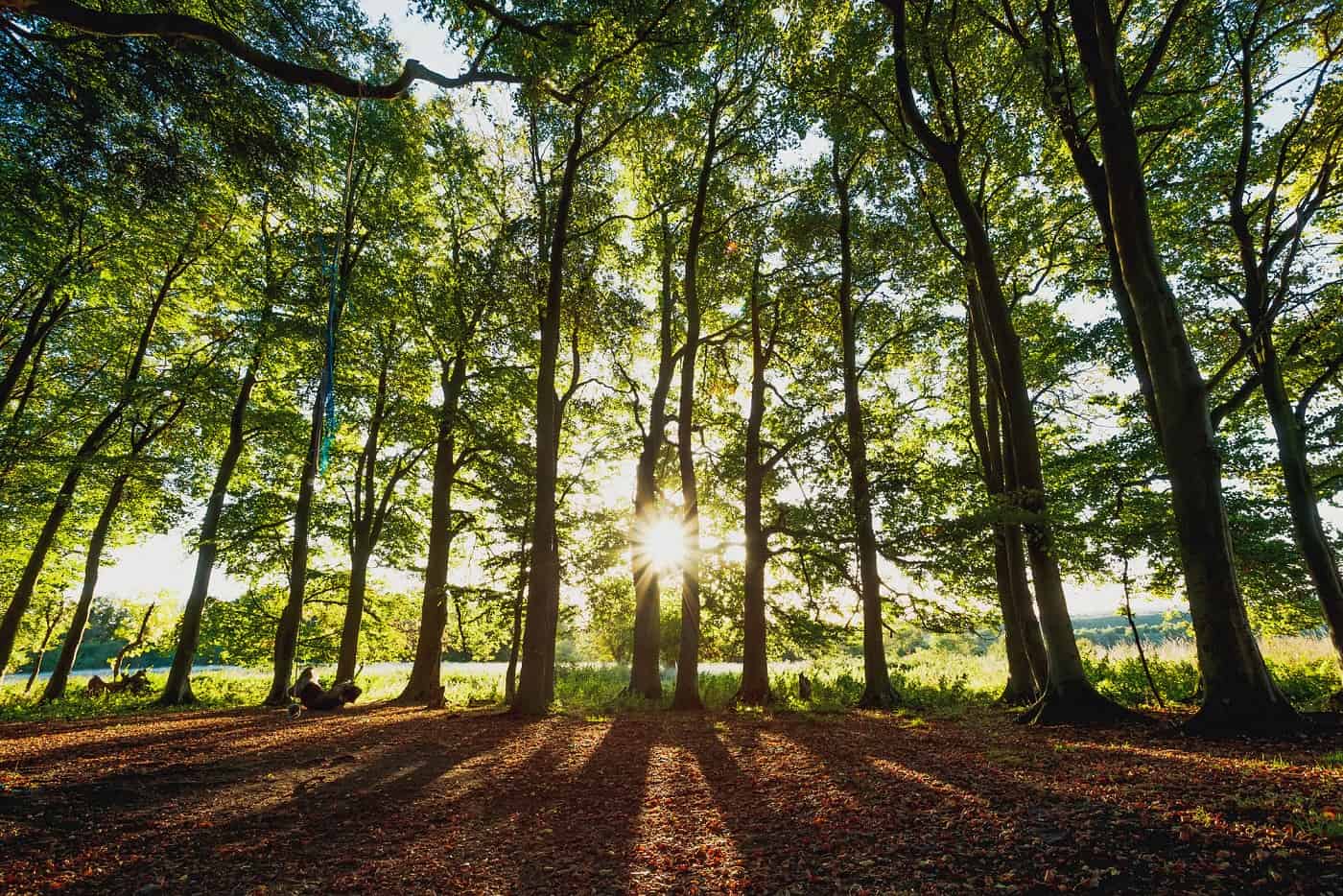 Trees for the Downs was only set to run for one year, but the additional funding and support of South East Water, on top of the £65,000, means the campaign can continue for the next five years.

The very first tree of the campaign, a field maple, was planted by TV presenter Nicki Chapman at Hamilton Farm, near Beauworth in Hampshire, during recent filming for Escape to the Country.

Nick Heasman, Countryside and Policy Manager who heads the National Park’s woodlands team, which is helping to deliver the project, said: “We’ve been very encouraged by the support for Trees for the Downs and the campaign has just snowballed. This additional funding from South East Water is a great boost and means we can continue to plant new life-giving trees potentially for the next five years.

“Trees are part of the rich tapestry of features that make the South Downs landscape so special to people. They’re also cornerstones of any ecosystem and that means by planting more trees in the right place, we’re helping nature recovery, improving the quality of the soil and helping to mitigate against climate change.

“We’re looking forward to getting these trees in the ground over the winter and watching them develop over the coming years. It’s exciting to know we will be planting many more in the years ahead.”

Richard Dyer, Biodiversity Manager from South East Water, said: “As well as providing top-quality drinking water to our customers, protecting and enhancing the natural environment is one of our highest priorities.  That’s why we are so pleased to be supporting Trees for the Downs over the next five years.

“As significant landowners we look after 33 sites which are within Sites of Special Scientific Interest (SSSIs), a National Nature Reserve, two nature reserves and numerous sites within Areas of Outstanding Natural Beauty.

“We know that planting these trees will have numerous benefits for the natural landscape, including an increase in biodiversity, improvement in water quality and by creating more resilience against drought and flooding.

“Keeping water clean at its source means we have to do less in the water treatment process to make it safe to drink, ultimately reducing our carbon footprint and keeping customers’ bills low.”

During last summer an applications process opened, where landowners and community groups could apply for tree planting this coming winter. The successful projects across Hampshire and Sussex all provide benefits to people, wildlife and the landscape of the National Park. Priority was also given to those sites where the trees would be visible from a public place, such as the footpath or highway (see full list below).

Julie Fawcett, Chair of the South Downs National Park Trust, which is the official independent charity of the National Park, added: “We want to thank everyone who donated over the past year. The support of South East Water is a huge boost and, as well as securing enough funding for at least another 8,500 trees on top of those we’re already planting, it also means that the fundraising drive for Trees for the Downs can continue in earnest and we can potentially top up this amount.

“With the public’s help and South East Water, it’s our hope to be able to plant tens of thousands of trees, so watch this space!”

Future rounds of tree planting will be subject to a similar applications process and expressions of interest will be encouraged from landowners, farmers and community-interest organisations with suitable land for tree planting.

Trees for the Downs is planting iconic species including black poplar, oak, field maple and disease-resistant elms pioneered by Hillier.

To donate to the campaign visit www.southdownstrust.org.uk/trees-for-the-downs/ 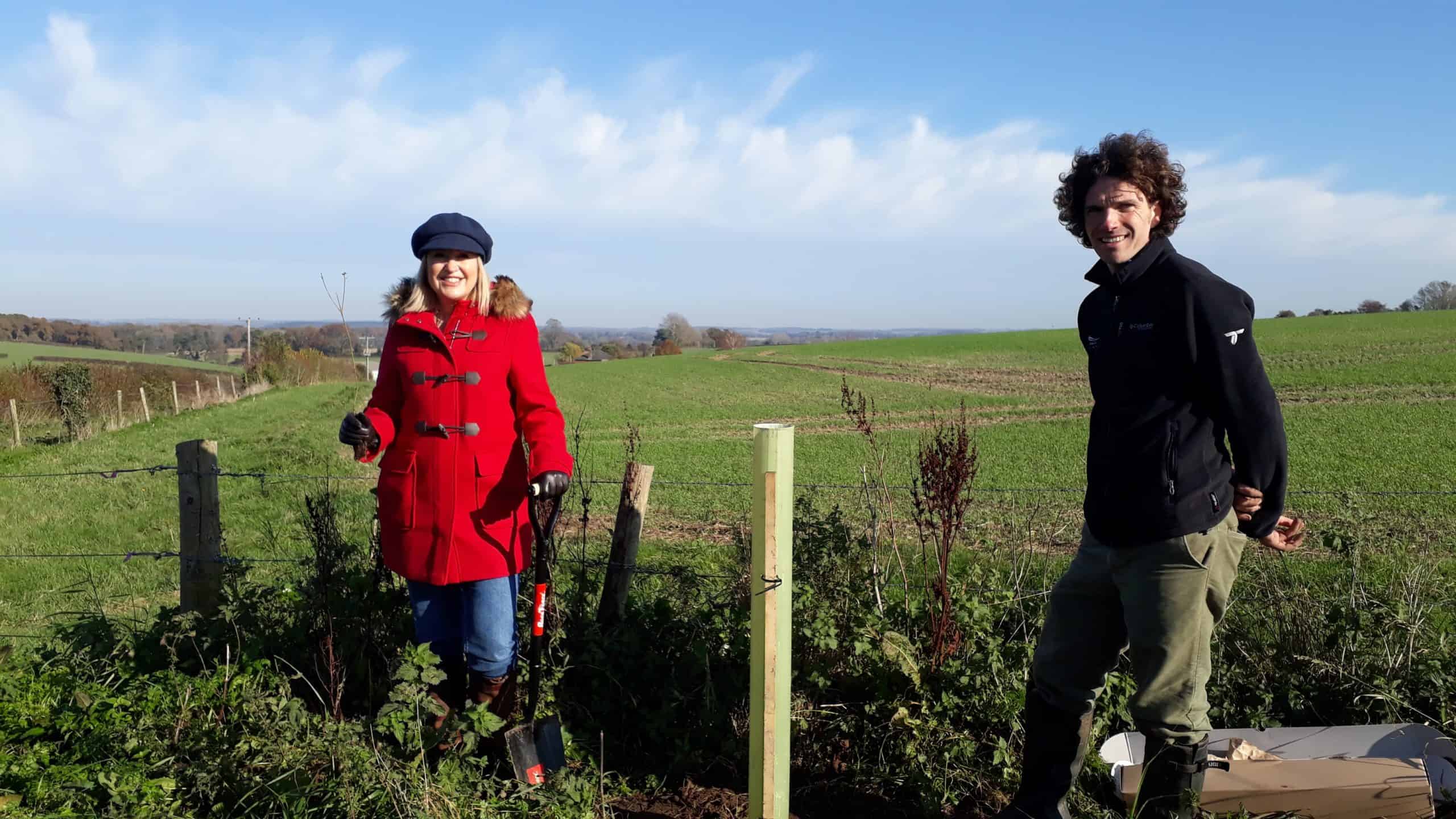 Nicki Chapman plants the first tree in the South Downs for the Trees for the Downs campaign, alongside South Downs National Park Woodlands Officer Bob Epsom